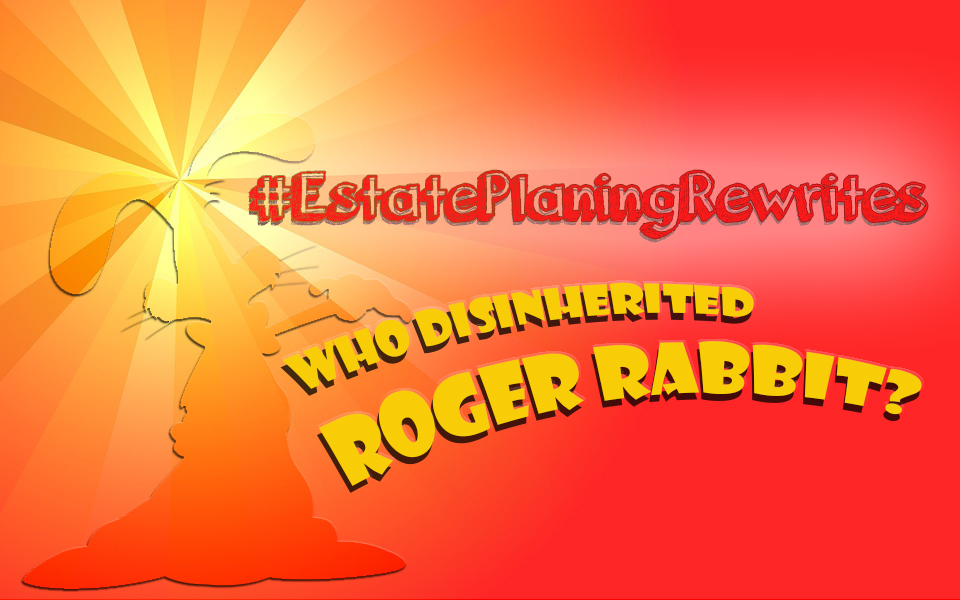 What could Who Framed Roger Rabbit? possibly teach you about estate planning?

A cigar-smoking, sexist, cartoon baby actually has a lot to teach you about estate planning.

As a refresher for those who haven’t seen Who Framed Roger Rabbit? in a while: Part of Los Angeles is a cartoon animation called Toontown, filled with cartoon actors (“Toons”) who star in real live-action films and live amongst real people. Toontown is owned by businessman Marvin Acme, who is tragically murdered, and Roger Rabbit—one of the biggest Toons in the biz—is the prime suspect. Eddie Valiant is hired to solve the case, and learns from the chain-smoking Baby Herman that Marvin Acme had a will leaving Toontown to the Toons—but it turns out the will is missing. The whole fiasco, we find out, was perpetrated by Judge Doom, the probate judge and disguised insane Toon, to manipulate the probate of Acme’s estate, own and then destroy Toontown, and build a freeway through the wreckage to…profit??

Assuming that all makes perfect sense to you, here are a few things we can learn from Marvin Acme’s mistakes:

Lesson 01 - A will doesn’t avoid probate!

There is a common belief to the contrary here.  Probate isn’t that thing you take big pills for while drinking lots of water - it's the court-controlled process determining who gets your stuff when you die. After all - the government needs to know who to send the tax bill to, right? Probate is time-consuming, dollar-consuming, and public - which means anyone who can use the internet can see who your heirs are, where they live, and how much they’re getting! A will doesn’t avoid this process - it only tells the court what you would like them to do when you die. And if it’s lost, that’s as good as never having made it in the first place!

Lesson 02 - A trust would have better accomplished Acme’s goals and foiled Judge Doom.

Marvin Acme wanted to leave Toontown to the Toons in perpetoonity*. Again, a will still has to go through probate. But, if Marvin had created a trust and made the trust the owner of Toontown, when he died, the owner of Toontown wouldn’t have died, and whoever Marvin wanted to be managing things after he was gone could have seamlessly taken over to make sure Roger and all of Toontown could keep living in peace. Easier, cleaner, private, and a lot less expensive than probate.

Even though the example is a bit ridiculous, the same thing is true for you and your assets, whether they’re as extensive as a massive cartoon city or far more modest. If you create a trust and make the trust the owner of your assets, you still get full control and benefit of those assets while you’re alive, and then can determine who will manage them and benefit from them after you pass away. This not only saves time and money, but also a lot of potential heartache (like being framed for murder).

There’s not much more to say about this one.

Now that we’ve all learned our lessons, c’mon over for a free consultation. We’ll bake you a carrot cake.

*I only half-heartedly apologize for this joke.

If you want to know more, we would love to talk with you about it. Best part, the conversation about how it could benefit you doesn't cost anything. Contact us at (918) 770-8940 or firm@tallgrassestateplanning.com to set up a free consultation, either in person, video chat, or phone call.  Disclaimer: Reading this blog post does not create an attorney-client relationship, and it is not formal legal advice. This is for information purposes only. Your best bet, always, is to speak with an attorney about your questions, assets, concerns, and needs. 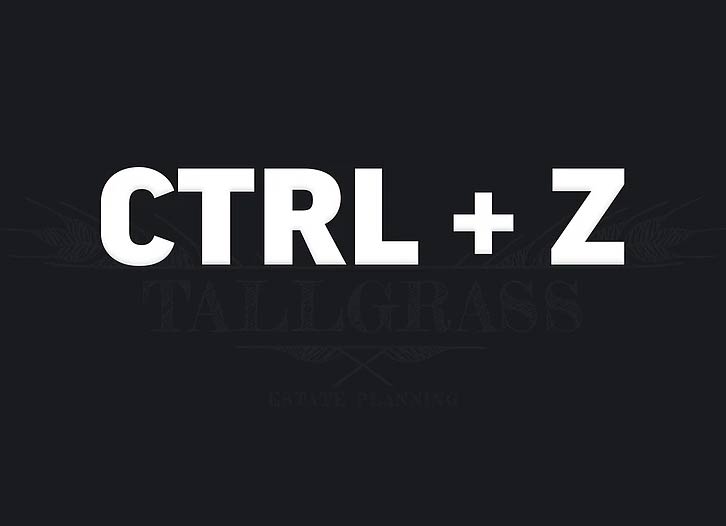 Ctrl + Z: How to Modify an Irrevocable Trust 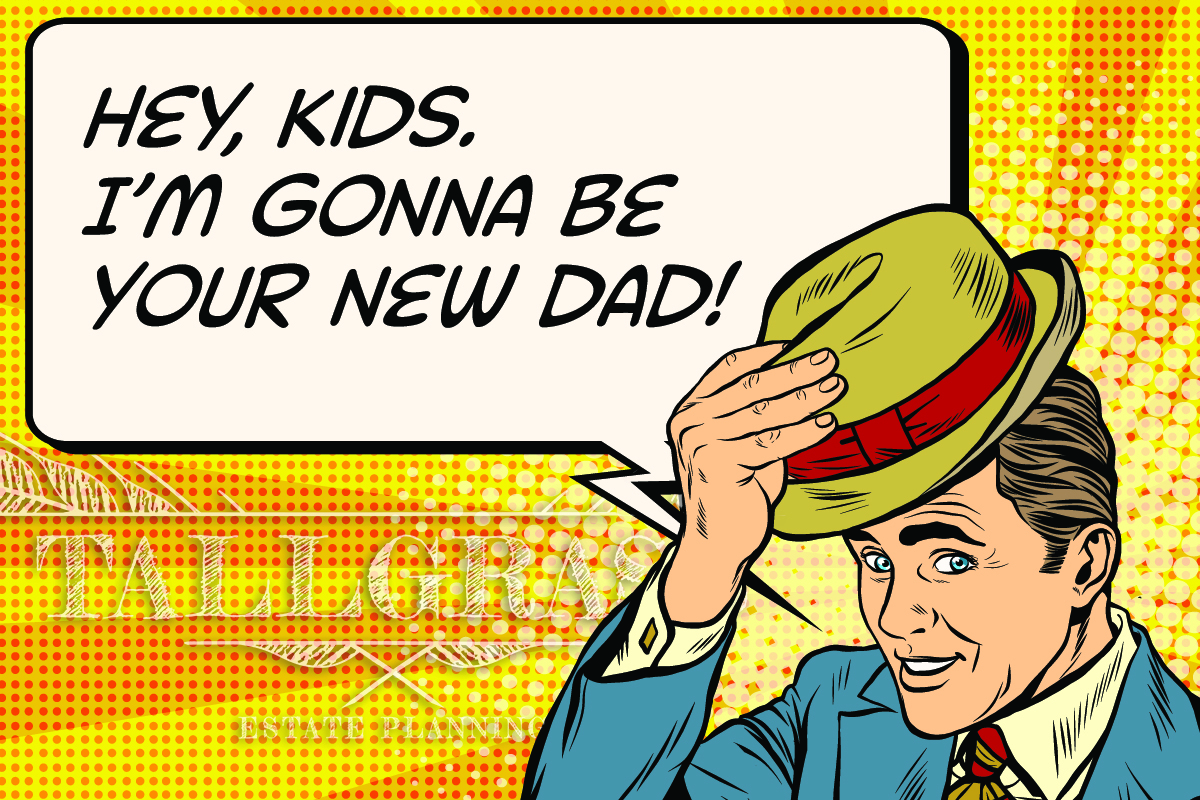 Who's the New Guy? 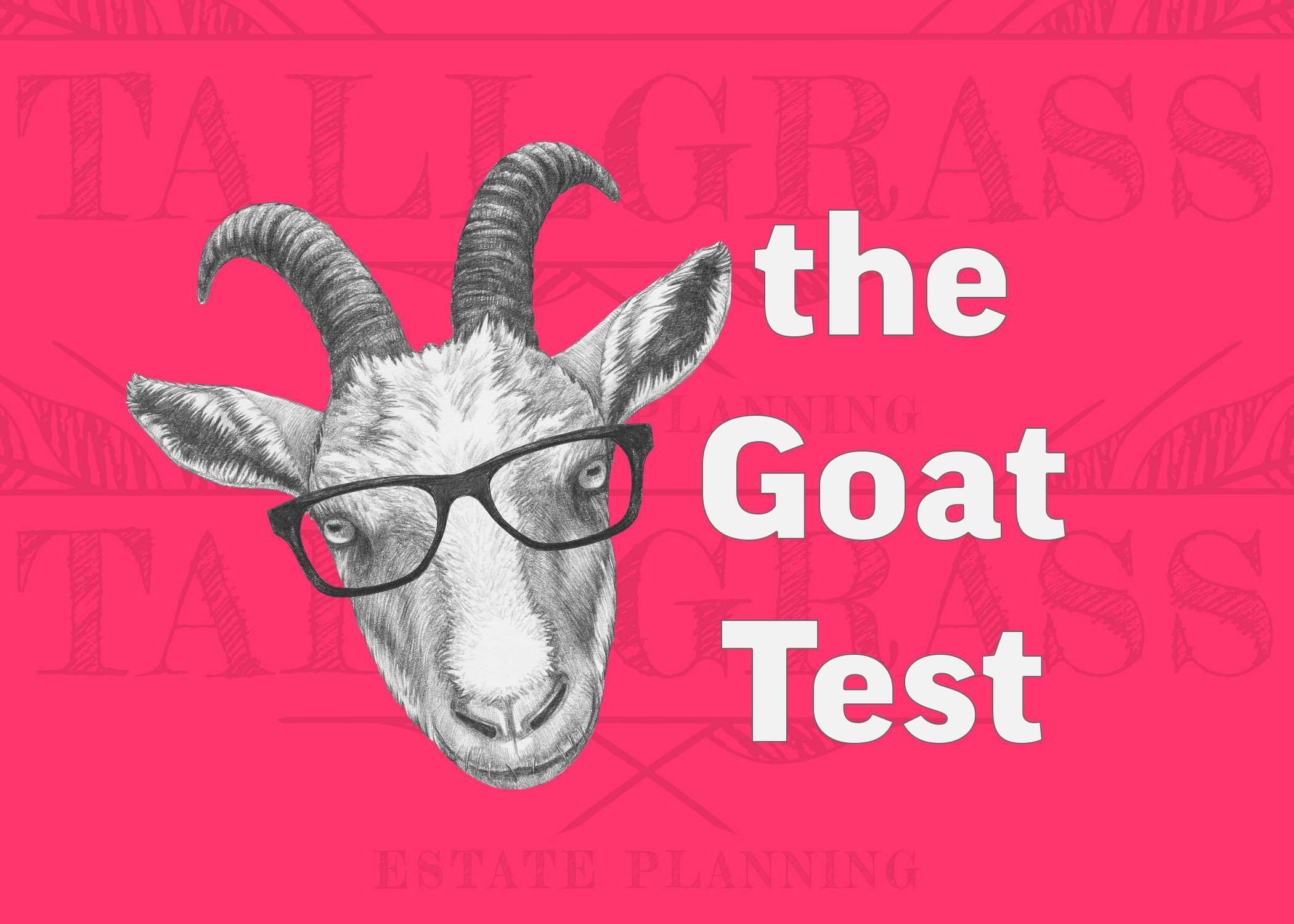 Do You Pass the Goat Test?